We've certainly become tourists in Brisbane over this past year. There are so many great spots and fun things to do in our home town. The Brisbane City Council has recently started free walking tours to view inside the pylons of the Walter Taylor Bridge at Indooroopilly. We were able to get a rare glimpse of an interesting part of Brisbane's history.

Yesterday we met up with our tour leader Alan from Brisbane Greeters at the Indooroopilly end of the bridge. He led us on a short walk across the Jack Pesch Bridge and through to the Walter Taylor Bridge Reserve. Alan was full of interesting tidbits...and corrected a lot of the misinformation I was taught at school...like who really discovered the Brisbane River?


Built in 1936, the Walter Taylor Bridge is a suspension bridge which allows motor vehicles and pedestrians to cross the Brisbane River between Indooroopilly and Chelmer - it is also the only habitable bridge in the Southern Hemisphere (according to Wikipedia).

And this is what fascinates me most about the bridge: people used to live in the pylons! The washing flapping in the breeze was the only visible sign that the pylons were occupied.  It used to be the home of the bridge engineer and the toll keeper and was occupied by their descendants up until 2010.

Another interesting fact about the bridge was that the cable used for the suspension were leftovers from the construction of the Sydney Harbour Bridge. If you're interested, you can read more about the history here.


We were able to visit the residence at the Indooroopilly side of the bridge which was home to the Green family who operated the old toll booth. They had six children in their time living in the bridge; when you view the residence you wonder where on earth did they put them all? There were only three bedrooms in the narrow three storey building - it was certainly compact living for the family of eight.

My photographs of inside the pylons are terrible. It was very hard to take good shots, as the unfurnished rooms were quite small. In the early 2000s, the residence was renovated so the original kitchen and cabinetry is long gone...the new kitchen was not terribly inspiring, I'm afraid! It would be terrific if the rooms were restored to how they used to be in the 1930s, to give the rooms more context...


There is also a YouTube clip of life inside the toll booth which is very quaint. 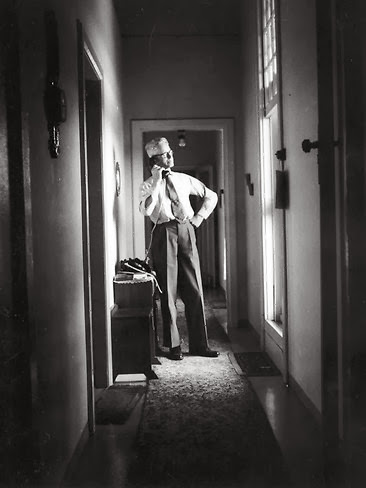 The tours will continue again in January and there is talk that the Chelmer side will open in the near future (apparently the uni students who used to rent it out were hard taskmasters for the old building - it will take more time and money to make it safe to open to the public).

To book a tour of the bridge, go to the Brisbane Greeters website here.
Email ThisBlogThis!Share to TwitterShare to FacebookShare to Pinterest
Labels: Brisbane, History