Man About the House show coming to Brisbane

A little modernist birdie told me that Tim Ross' Man About the House stand-up show is coming to Brisbane. He is performing a show at Eisenmenger House in Carina on Saturday 2 November. For one night only, people!

Tim Ross is a comedian, broadcaster and architecture tragic (see his modernist home here) and has combined his two passions of comedy and architecture for a stand-up series called Man about the House. The concept invites small audiences into historic or iconic houses around Australia. The show has already had sell out seasons at Rose Seidler House (NSW), Walsh Street House (VIC), and numerous architecture festivals. 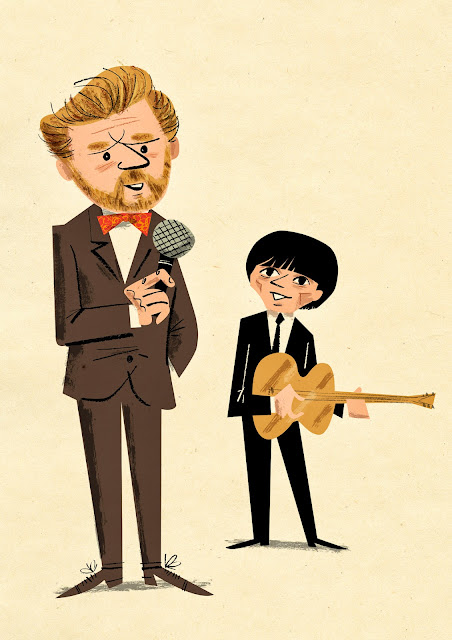 For those unaware, Tim Ross became a household name as one half of comic duo ‘Merrick and Rosso’, with co-comedian Merrick Watts on Triple J radio. On TV, Rosso has made guest appearances on shows such as All Saints, Spicks and Specks and Rove Live. He has guest programmed Rage and was a regular on Weekend Sunrise. Along the way he’s picked up numerous ACRA radio awards, an Astra (I'm pretty sure that's not a Holden), GQ Man of the Year award and an ARIA. In 2010, he released his first book, Mum Had A Kingswood. He is currently a contributor to Men’s Style Australia, Rolling Stone and writes a monthly column Rosso’s Sydney for 'The (Sydney) Magazine' in The Sydney Morning Herald.

OTHER INFORMATION
Pre-show drinks provided. Street parking is available. Please respect the property and privacy of the neighbours. This event is held at a privately owned mid-century home in the suburbs, and is a private party event.

I've already chosen my flammable frock to wear for the evening - it's going to be such a fun night. Hope to see you there!
Email ThisBlogThis!Share to TwitterShare to FacebookShare to Pinterest
Labels: mid century