It was all Eunice's fault. She was the real estate agent who was so determined for us to sell our old home, she found us the Sow's Ear. I wasn't prepared go through with the sale of our home (we got an offer within the first few days) until we had secured a new place.


"There is a house just around the corner from you. It hasn't come on to the market yet but I know the owner is looking at selling very soon," she said in her broad New Zealand accent.


I was against it from the beginning. The house was in a street with the same name as our infant son. "We can't move there. Everyone will think we named him after the street...like a dog!" I pleaded to Jason.


"Most people would say it was serendipity, that it was meant to be," he replied.


Eunice had arranged for us to inspect on a Sunday morning. She was prepping us on the condition of the house. "It's a lovely home....BUT...it is a bit cluttered at the moment. It has a lot of character. The man who's selling it is by himself and he wanted to fix a few things before he put it up for sale. He's happy for you to come and have a look but there are a few repairs that need to be done." 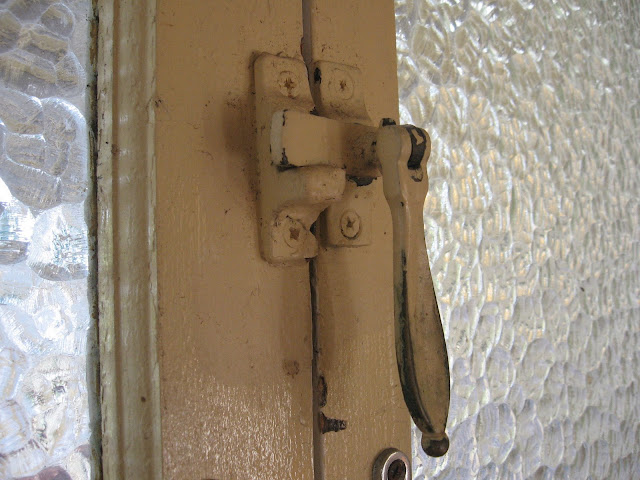 From the moment we walked into the house, all I could see was work, as is the case with most Queenslanders. Jason on the other hand was enthralled. It was a fait a complit. That evening we made an offer on it.


We found out later the house was a matrimonial. They had three sons too. The couple had split up, the husband was living there alone, hence the sty state. Eunice said that he actually tidied up before our first visit, so I'd hate to think how bad it really was...


So, good-bye to our funky post-war that was home for 7 years and onto the next adventure!
Email ThisBlogThis!Share to TwitterShare to FacebookShare to Pinterest
Labels: Queenslanders