Brisbane Arcade is playing host to a number of events during the lead-up to its 90th anniversary. They are currently displaying the design of mid-century Brisbane couturier Harvey Graham who had a shop in the arcade during the 1960s.

Recently a box of garments was uncovered by vintage fashion dealers 'Can you keep a Secret?'. Fourteen dresses were purchased from the estate of Mrs Vilma Parker, who was Graham's former personal assistant. Harvey Graham died in 1993.

According to Ajanta Willert from Can you keep a Secret? many of the dresses were unworn and ooze a sense of style and class, which provides an insight into Brisbane couture during that particular period. 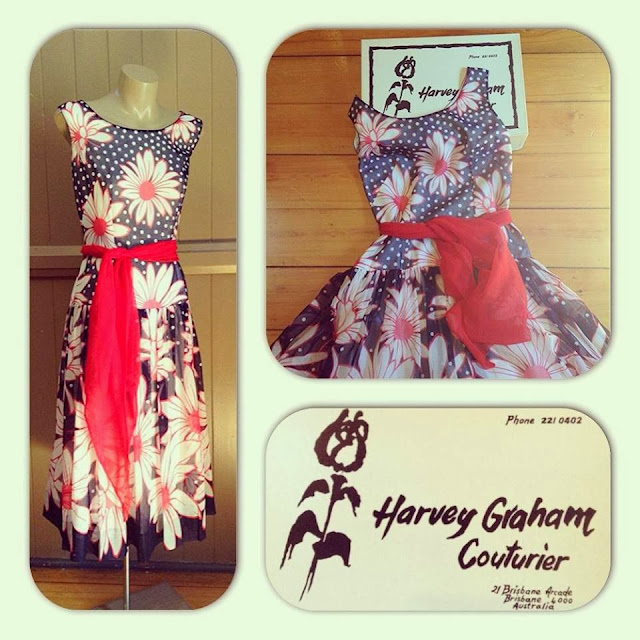 There will be a rotating display of the vintage Harvey Graham frocks from now until the Arcade's 90th celebrations from 12 October to 19 October 2013 and the dresses will also be paraded during the week of festivities. 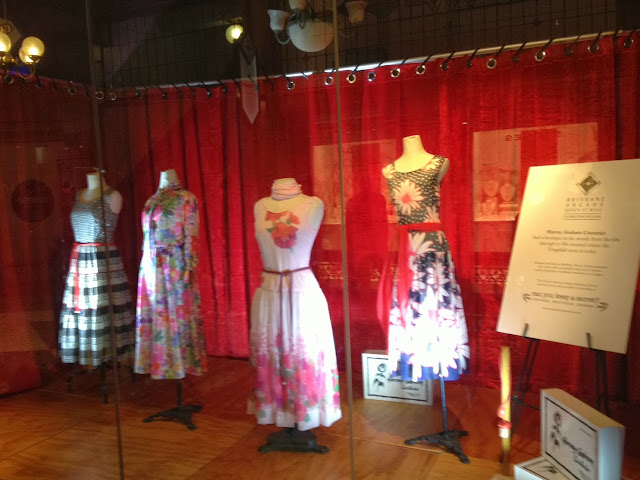 It's fabulous to see Brisbane fashion gaining wider recognition. Last year there was an exhibition at the Queensland Museum of Gwen Gillam dresses and I know that in the next Australian Modern there will be an article about one of Australia's leading milliners, who was based in the Rowes Building in Edward Street.

Brisbane fashion has a long and stylish history, which I find completely fascinating given we Queenslanders are much-maligned by our southern counterparts for our bold use of colour. 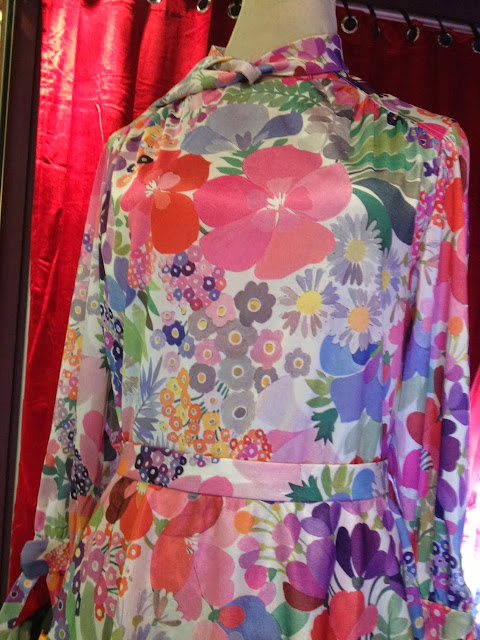