For a few years, Jason has been driven mad by the fact that our external lattice batwing doors on the back deck were slightly mismatched.

It's not hugely noticeable (most people have never noticed it) but for OCD Jason it is like staring at a huge pimple. Yesterday, he could stare at it no longer and set about to fix the doors.

You can see in the picture below how the decorative top was sliced off one of the doors. Yikes! For OCD people, this type of thing brings on an uncontrollable twitch. 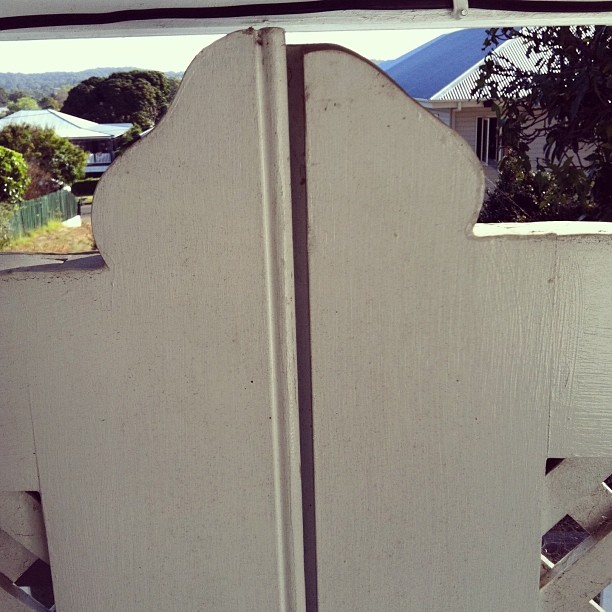 Jason is also going to attempt to re-mould the decorative curl at the top. I have no idea how he thinks he's going to do that ... but I have a feeling that builder's bog will factor into the equation and more paint!

Anyway, it is the small things that make a house a home and if something like a pair of symmetrical doors ticks the boxes then so be it.
Email ThisBlogThis!Share to TwitterShare to FacebookShare to Pinterest
Labels: DIY, exterior