Over the past few weeks I've kept my eyes peeled for a slightly larger coffee table for the living room. I've looked everywhere for a nice mid-century style one...

I was completely thrilled when I stumbled upon a round mid-century table in my travels. It's in good condition but it will still need to be sanded back and have some chips filled, as well as a good drink of Danish oil. 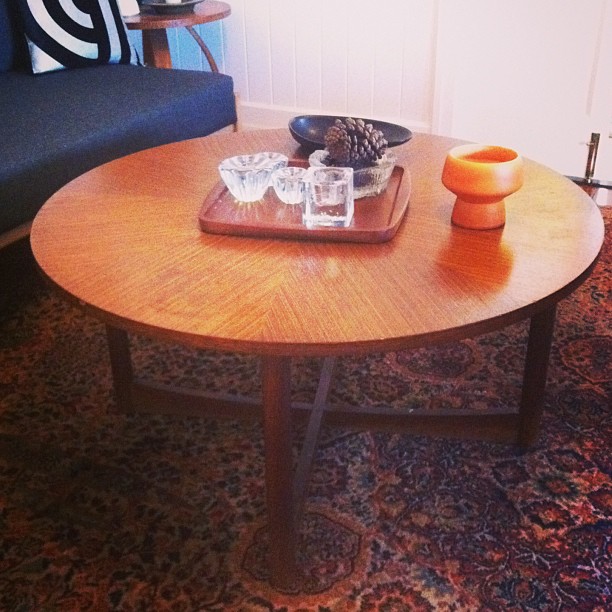 It pretty much ticks all the boxes except that it is much taller than I had first thought. And I'm still not used to having a round coffee table either. But for $20, I really shouldn't complain! 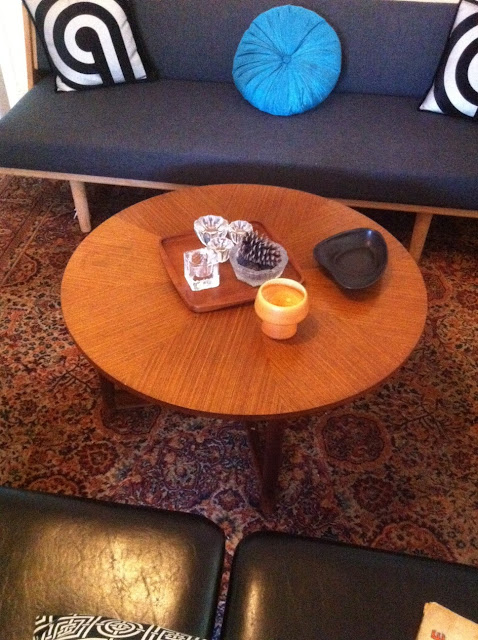 Jason doesn't know that I bought the table as I'm going to do an experiment to see if he actually notices it... I predict he won't notice the table for at least the first hour when he gets home later today.

Have a great weekend everyone!