If you had told me at the start of the weekend that I would graffiti our side fence, I would've responded BS!
For some inexplicable reason, I was compelled to go through our stockpile of spray paints and began vandalising our old fence like a mad woman. As you do on a lazy Sunday afternoon. I know, why wouldn't I just paint the valance instead? That would take all the glory from out-of-action Jason, that's why!
Anyway, I had fantastic ideas which I sketched on paper and when it came to transposing it on a larger scale onto the corrugated iron fence it did not work as well as I liked. I take my hat off to the graffiti/street artists of the world (not the tag vandals because there's no talent in that) as spray painting is not as easy as they make it look!
This is one of my favourite street art images found in Melbourne.
I also had visions of an abstract mural similar to the one found in the modernist Rose Siedler House in Sydney... 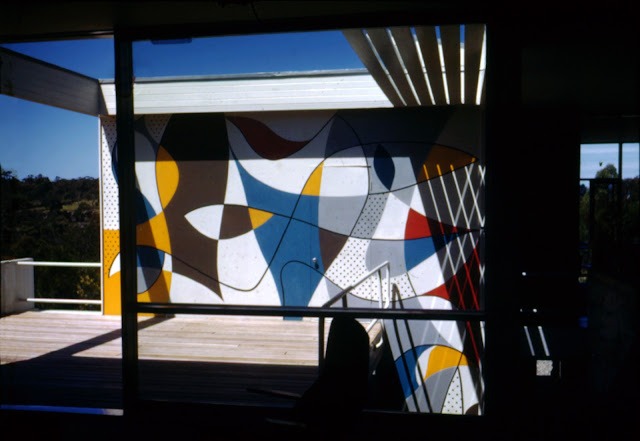 But I will need to work myself up to something as fancy as the stencil graffiti and abstract murals. So in the meantime, I'm sticking to basic spring flowers - a little bit of a nod to Orla Kiely, the great pattern reinterpreter. 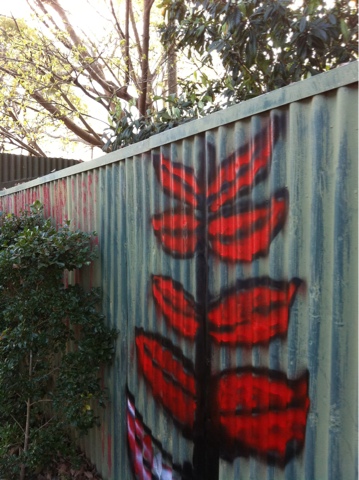 The corrugated iron fence is not the prettiest thing in the world. Jason and I are happy enough to make it a blank canvas for something more interesting. We will change it every few months depending on what captures our imagination. I have hope the kids will do something cool for summer. 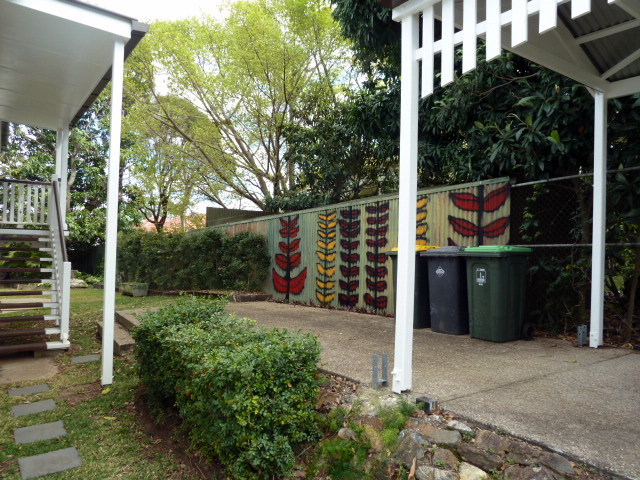 The painted fence will probably be the only bit of spring colour that we will see in the Sow's Ear's garden this year!