Arne Jacobsen Lamp and his poor cousin (and Marimekko giveaway)

Bedside lighting has been an issue since Jason's lamp gave up the ghost a couple of weeks ago. Such a pain, but they were cheapie Target lamps which had been given to us sometime last century. They lasted a decade, so they served us well.

We wanted something a lot simpler and modern to the faux plastic fantastic Tiffany lamps we used to have.

For some time I've admired the simplicty of this Arne Jacobsen lamp which was designed in 1957. It has a fixture head with a distinct asymmetrical shape, while the lamp base has a hole - originally made to accommodate an ashtray (for the obligatory cigarette after ...well, you get the picture).

It has a fabulous modernist line which appealed to me. 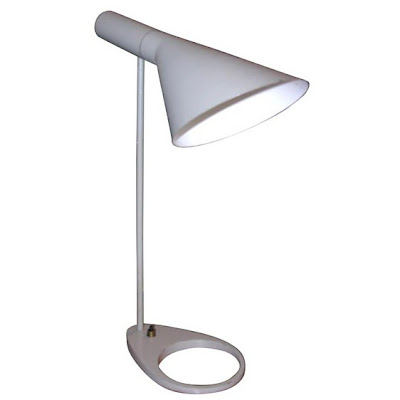 the real deal arne jacobsen lamp
As is always the case, the price tag just didn't fit into our budget especially at the moment. Approximately $360 per lamp. And delayed gratification and saving for lamps doesn't cut it when you have a pile of  books waiting to be read on the bedside table!

I looked at buying replicas which worked out to be $130 per lamp. But, you know, I feared I would go to Knock-off Hell if I went down that path...but, I was up for the heat. 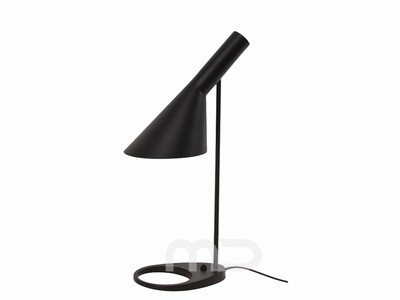 the not so real deal from Milan Direct

Then on the weekend, I spied a set of these - on sale at Freedom furniture. 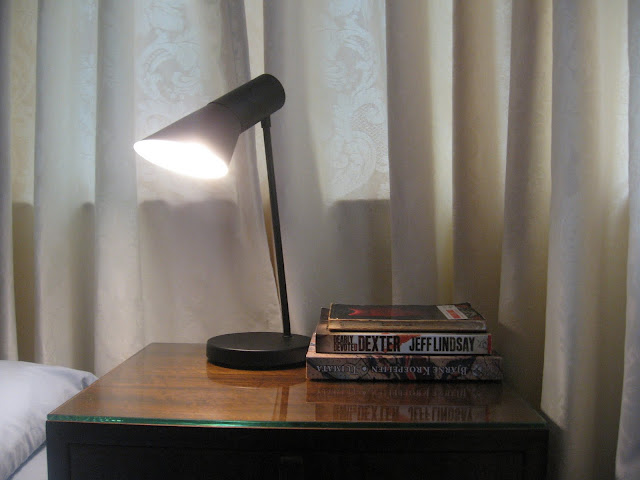 Needless to say, I bought them. They are not a complete rip off of the original design, but they come pretty close. It has a solid base, which is not as sexy as the holey original. At $30 a pop, I was prepared to make the sacrifice.

We are catching up on our reading to the light of Arne's poor cousin, awaiting our fiery destiny. 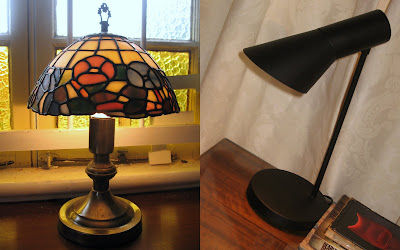 Goodbye faux Tiffany and hello faux Arne
On another matter, the response to my Marimekko giveaway has been underwhelming. Seriously, you should enter the random draw HERE - you are a certainty to win!
Email ThisBlogThis!Share to TwitterShare to FacebookShare to Pinterest
Labels: bedrooms, lighting