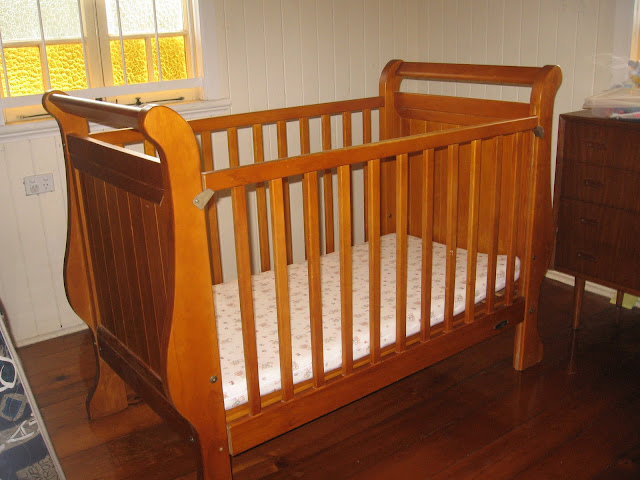 Today we moved our youngest son, Son #3,  from a baby cot to a standard bed. His cot was dismantled and will eventually be sold.
The last time we tried to do this, with Son #2,  I bawled my eyes out because it meant that my baby making days were over. We had decided raising two children would be enough for our family. It was so final.
I sobbed that day, three years ago, as Jason was preparing to dismantle the cot.
When he saw how devastated I was, he didn't have the heart to touch it, gave me a hug and said we would leave the cot up for another month or so. Shortly afterwards, we planned to have our third child.
Today, when the cot was put away, I didn't bawl. And there were no sobs. Not because I wasn't sad.
I was. I am.

But I guess the time does come when you're ready to say goodbye to such things...
Email ThisBlogThis!Share to TwitterShare to FacebookShare to Pinterest
Labels: bedrooms