A year ago today - the scary sunroom

Today's our housiversary - the day we officially moved in.

Let me share the lasting image I had of the Sow's Ear during our 60 day contract. Please be afraid. This sunroom was considered tidy when we attended the second inspection. 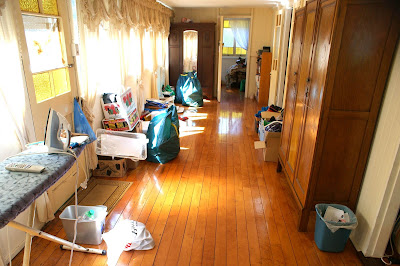 Notice the cracked window panes with masking tape on the side door and of course general clutter. We also removed the Lace Curtains from Hell (to be fair, they were probably not too bad but in my mind at the time, they were more shabby than chic).
This was one of the images on the website when the house went onto the open market. We had a contract on the house before that though. Gee, so much to look forward to. 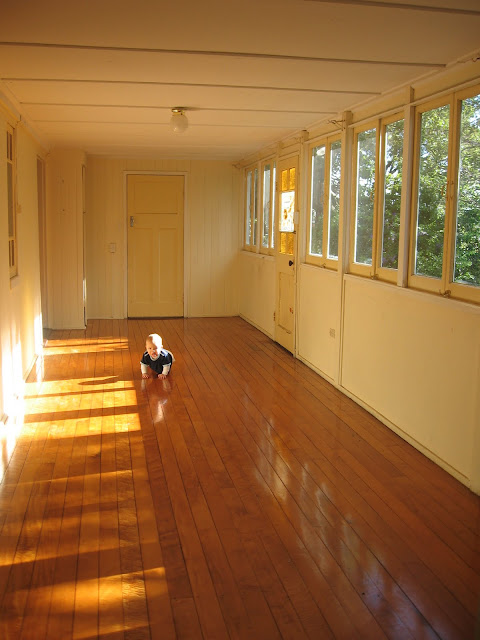 That's Number 3 son when he was in that crawling/walking stage in the empty sunroom a few days before we moved in. No more lace. You can also see the small window on the left which opened from the kitchen. 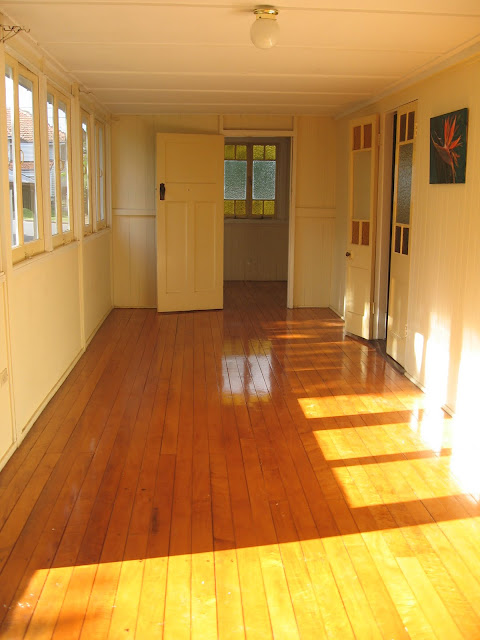 The view from the other end. With no clutter, this room turned out to be rather spacious. 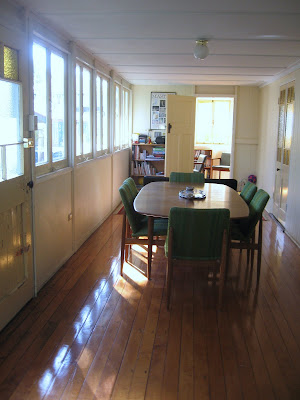 This is the sunroom today. It is used as a dining area/reading and play room.
We have done nothing to it apart from replace the broken window panes in the side door, remove the lace curtains and take out the little window, relining the wall with vertical join (VJ) timber boards.
It desperately needs to be painted and have some work done to it. We will probably get to it later this year. 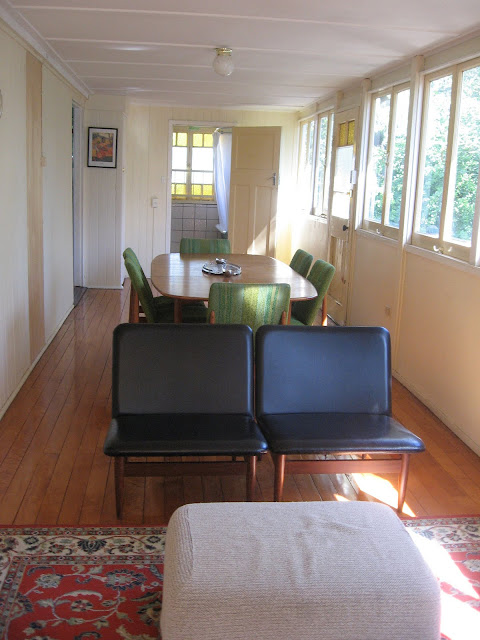 And because it is our housiversary, I bought a new, but old, chandelier for above the dining table.
Think vintage, think 60s Murano, think cascading deliciousness! It is the coolest house thing I have ever bought. I will share some photos very soon.
Email ThisBlogThis!Share to TwitterShare to FacebookShare to Pinterest
Labels: after, before, dining room, lighting, sunroom, vj