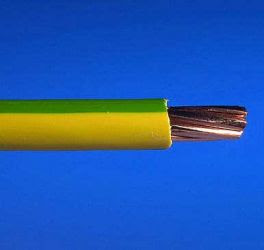 Earth wires
Out of the blue, late yesterday afternoon, Carlo the Electrician called.

"Do you still want me to fix up your earth?"

"Ok. I'll be around tomorrow. Is 7am ok? We should be there most of the day and I'll have a couple of guys who'll be helping," said Carlo.

"No problems," I casually drawled.

Carlo, my dear, you must give a woman more than 15 hours notice to mentally prepare for such a visit. But I was hardly going to tell him no, was I?

A few weeks ago, Carlo came over to hang a chandelier for me. It was then we discovered there was no earth for all our lighting, apart from the new lights in our kitchen.

Most houses our vintage have no earth wires, but they usually get rewired along the ownership chain. We assumed our house had been rewired. I don't know why we thought that? Denial. Perhaps we weren't prepared to put our hands into our empty pockets again to pay for something as invisible as electrical wiring....?

Anyway my grand plans of buying more light fittings for the bedrooms never became a reality. One light is a pretty poor effort. Damn you, procrastination!

As promised, Carlo rocked up bright and early with Warwick and Robert the Apprentice who were going to do most of the work. This morning they managed to lay all the earth cable in the main part of the house which is great. 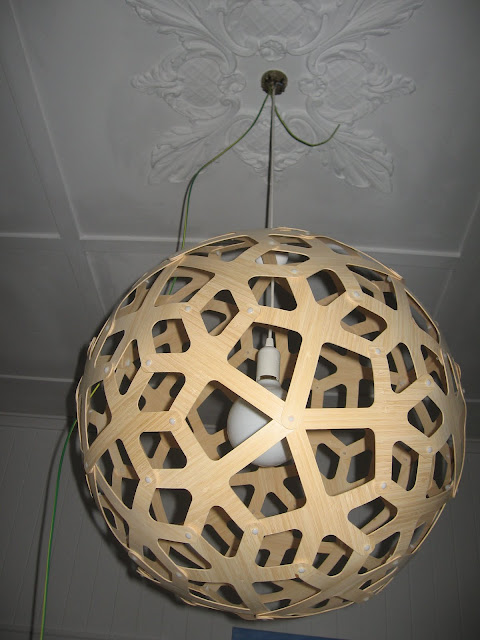 Coral light being earthed
The big problem was it started to drizzle continuously throughout the morning. The boys had to leave the sunroom for another time because to access the electrical wiring in that part of the house, they have to take off the roof. It wasn't going to happen today. And showers are predicted tomorrow. 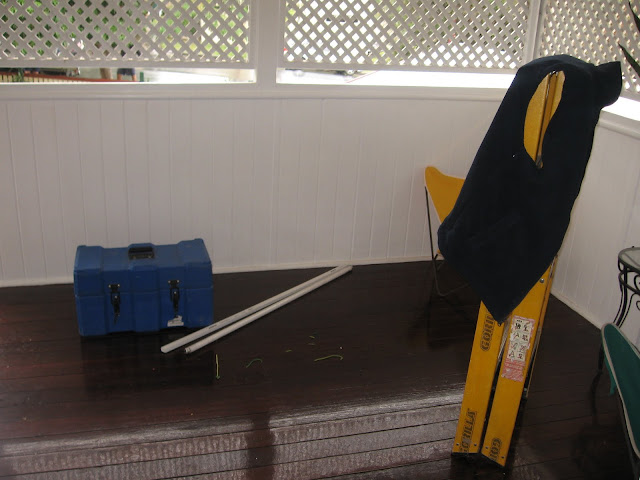 They were very tidy workers. They even wiped the dirty marks from the fixtures and ceiling.
This is probably a blessing in disguise because now I can try to source some new light fittings rather than dreaming. I reckon I have some time up my sleeve before Carlo comes back...hopefully.
. 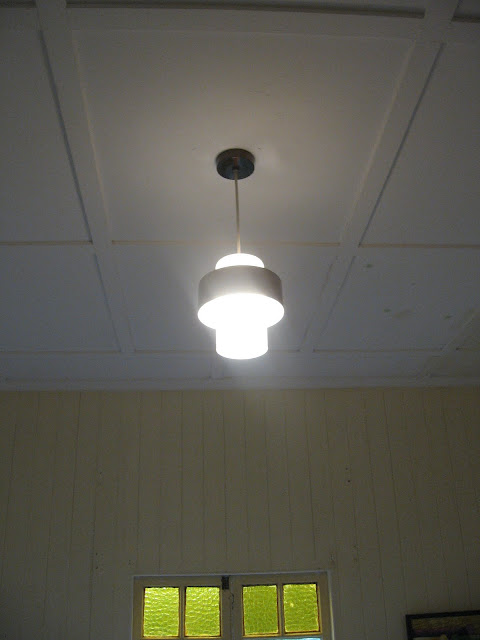 Retro mod light. It casts a gorgeous light in this otherwise dingy room.
On the plus side Number 1 son has the new mod light in his room which he dislikes.