What a fab night at Chris and Susan's Theatre in the House! It was a full house with about 70 people crammed into every nook and cranny. A great night with a very appreciative audience. 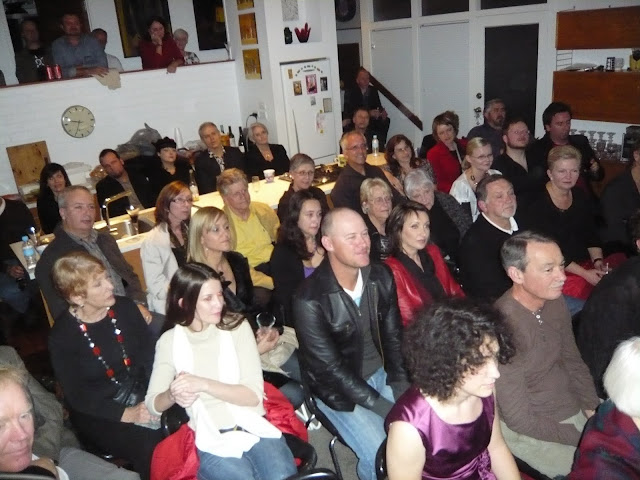 The play format was a rehearsed reading of a new comedy that is under development - Journey to Milan by Brisbane playwright Lorna Bol and presented by the Forgetting of Wisdom troupe and directed by Errol O'Neill. 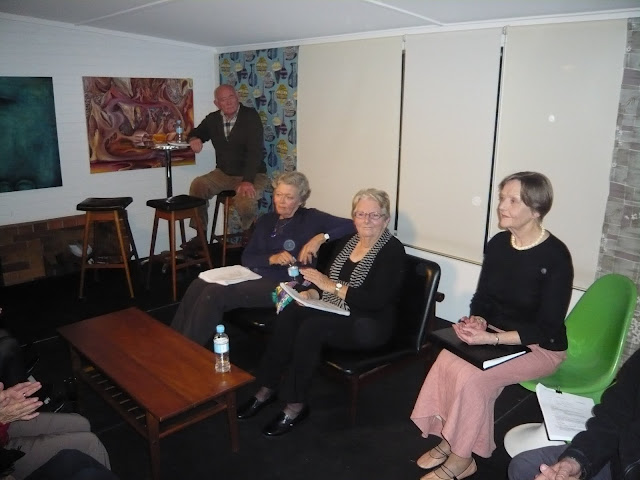 It was a very polished performance of a very entertaining play. It was hilarious and also clever.
The play is about Jess (Bev Langford) who has recently lost her husband Ted (Leo Wockner) in an accident. Her sisters Hilda (Penny Everingham) and Veronica (Kaye Stevenson) with all good intentions rally to support her, but do they listen? They want to sell her house and decide she must have an overseas trip. Jess tries to resolve the problems she had in her marriage, while dealing with her sisters, and her own ideas for the future.
In the after show chat it was sad to hear the difficulties this troupe have had obtaining government funding to stage their shows. The director said that older actors, older playwrights and smaller professional theatre groups are often overlooked in attracting funding. Shiny, bright and youthful seems to attract government funding. Old and wrinkly does not.
Sadly, this theatre piece may never see the light of day as a fully staged production due to lack of funding.
When one considers Australia's rapidly aging population, it seems a shame that plays like this are left to languish...especially since they would resonate and appeal to a broader public. 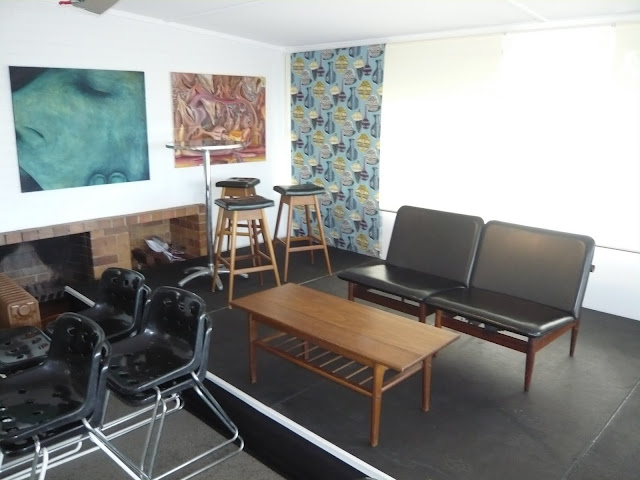 Anyway,  I was very fortunate to have seen Journey to Milan. And my furniture worked a treat in the show. It's cool to have your furniture as part of a set.
Email ThisBlogThis!Share to TwitterShare to FacebookShare to Pinterest
Labels: furniture, Life