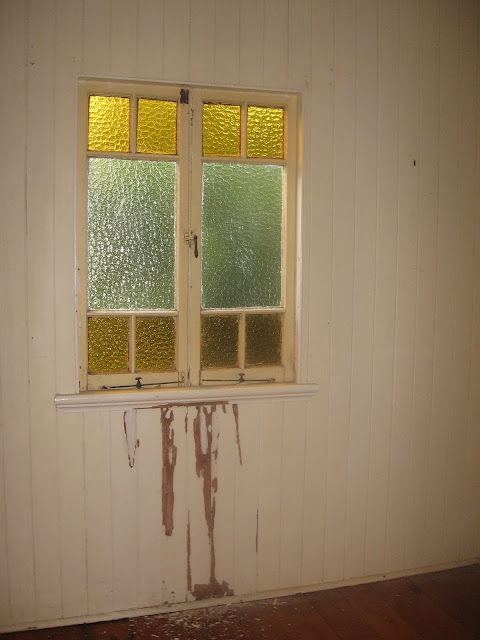 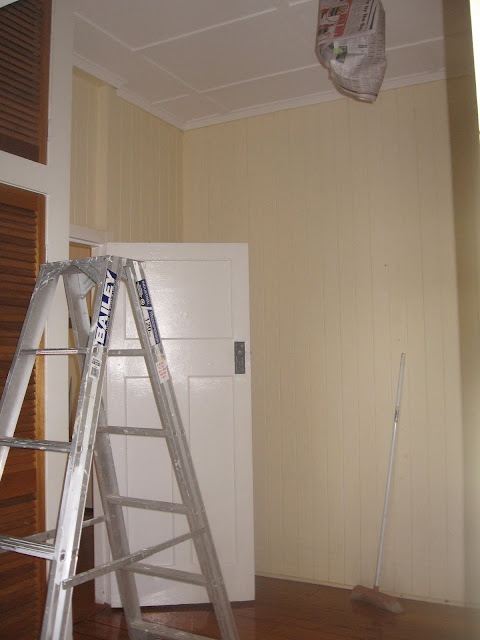 View of the room from the back deck
Our eight year old son, Son #1, had a sleepover at a friend's house on Friday.

While he was away, we quickly cleared the furniture out of his room and began the process of renovating it.  It's been a long time coming, but Jason has only just recovered from the trauma of the master bedroom's partial renovation.

There isn't a lot of major work to do in this room - it is mostly cosmetic as the paint work is very poor and badly damaged.

Jason replaced the French door trim/moulding to make it consistent to the rest of the house. I think it is a Splayed profile. There was also no window frame which was was soon rectified.

Yesterday, the room was sanded and scraped to get rid of the worst of the flaking. There was also a substantial amount of wood rot around the sill - Jason thinks he's got rid of most of it, but I guess time will tell.

Click here if you want to read a before post and see photographs of this room from last year. 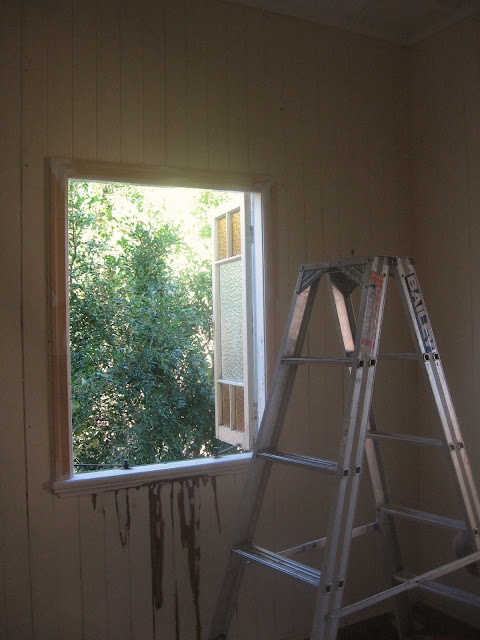 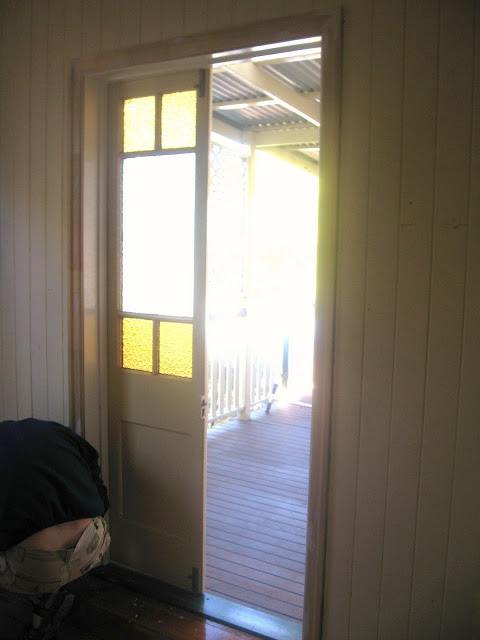