If you don't already know, I am the proud owner of a retro Murano chandelier - a present to myself for our first year in the house.

The chandelier was in a sorry state when I picked it up and a quick trip to a chandelier restorer was what was needed.

On the weekend, I packed it into the car and took it to Chandelier Restorations in West End. What a fabulous place! This restorer specialises in Georgian style chandeliers (wow! divine) but was extremely knowledgable about chandeliers in general.

He laughed when he saw mine and said he actually throws out the frame of these chandeliers but keeps the crystals. Retro modern design is so under-appreciated I thought, as I glanced back at a 19th century German wrought iron chandelier I had walked past.

Anyway, he was very nice despite our differing tastes and enlightened me (no pun intended) about my particular chandelier.

It is a spider chandelier from perhaps the early 70s. The crystals are definitely Murano dragon's tears. And their approximate worth, as there are 72 of the suckers, is over $900.

Well, I paid about $100 for it, so I gave myself an imaginary pat on the back for a job well done. Apparently the value of these things are the Murano crystal but there is very little demand for them in Brisbane. They mostly get sold off to Melbourne or Sydney.

The restorer then rewired and fixed up the lop-sided lean of my poor "throw-away" number. I was able to get a ceiling canopy for it, new light bulbs, some replacement dagon's tears (because six were missing), brass wires and small clear crystals. He did it all while I waited and entertained me with his stories of the chandelier business in Brisbane. 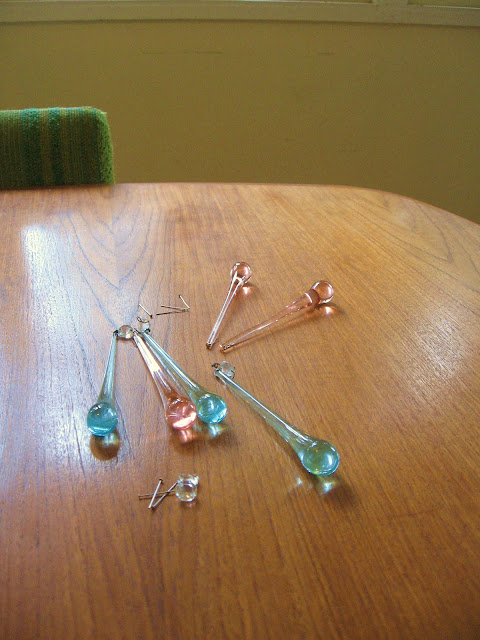 Murano Dragon's Tears crystals. I bought some pink ones to mix in with the blue in the middle tier.
Now that the frame is in good working condition, I just have to clean the 78 crystals. I was told to soak them in Palmolive Green detergent for 20 minutes and give them a wipe with a cotton cloth to get them gleaming again. That is my job for this week while I organise for it to be installed. 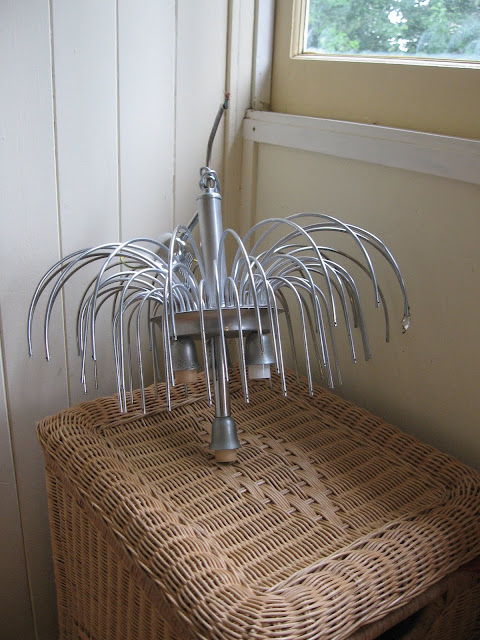 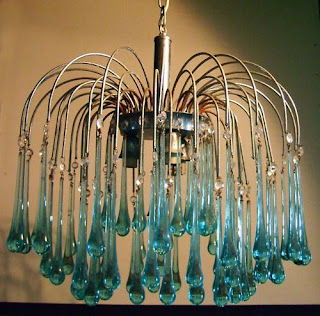 This retro chandelier will look fab over our vintage Parker dining table.
Although it is probably not to everyone's taste, we love it and it will be much better than this moth trap. 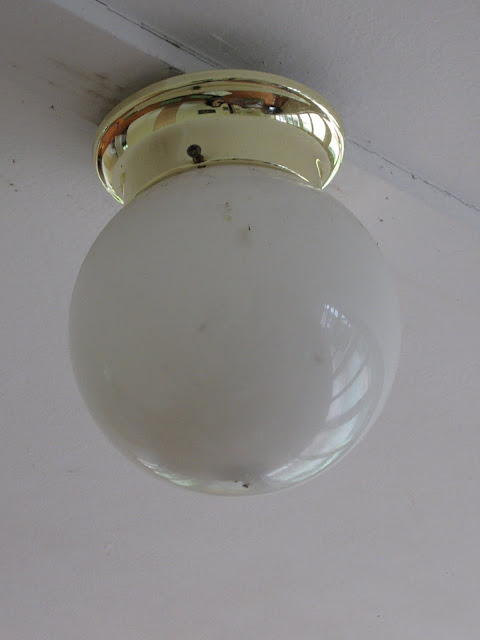