Visiting a Queenslander up for sale

The other day I inspected a house for sale with a friend who is searching for new digs. When she told me which house she was visiting, I instantly invited myself along for the ride...house voyeurism is what I do best. 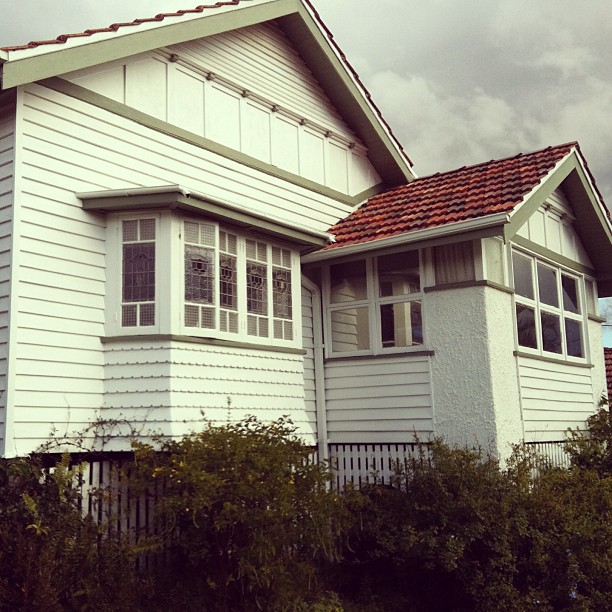 It is an interwar Queenslander but I'm uncertain of the date it was built. I'd guess 1930? It is a beautiful old home which needs a lot of love. Probably more love (and money) than my friend can give at this stage. The home is being marketed to developers because it is situated in the middle of a rather large block of land.

The real estate agent said the house could potentially be moved to the front of the block and two new homes could be built out the back...It would be heart-breaking to see such a thing happen (this is why I will never be rich - too sentimental).

The front verandah has been enclosed and the entry has moved to the side of the home. It looks like it was originally a two-bedroom home with a sleep out, from what I could gather.

The home must have been quite grand in its day because of the rather fine detailing. 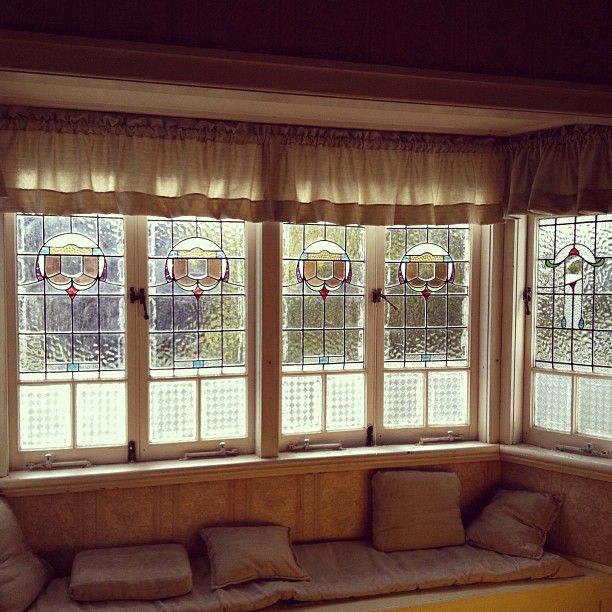 In the main bedroom there is a bay window with exquisite lead light. Seriously beautiful. The room also has an amazing elaborate ceiling that is breathtaking. 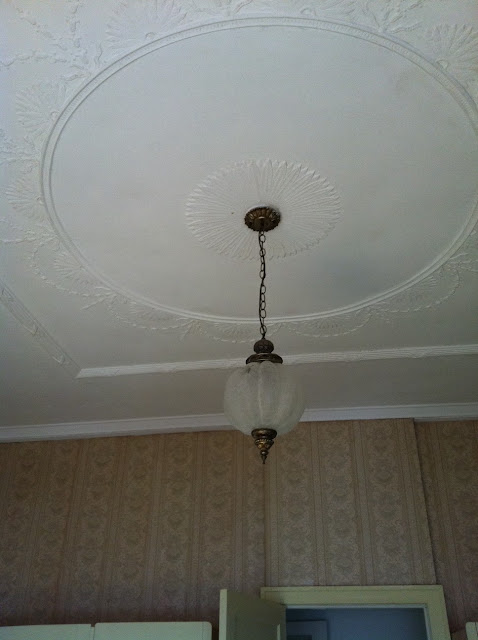 The dining room and lounge room are quite formal and are separated by timber French doors. These rooms have coffered ceilings and horsehair plaster walls beneath the wallpaper. It is just lovely to see such original detailing quite untouched. 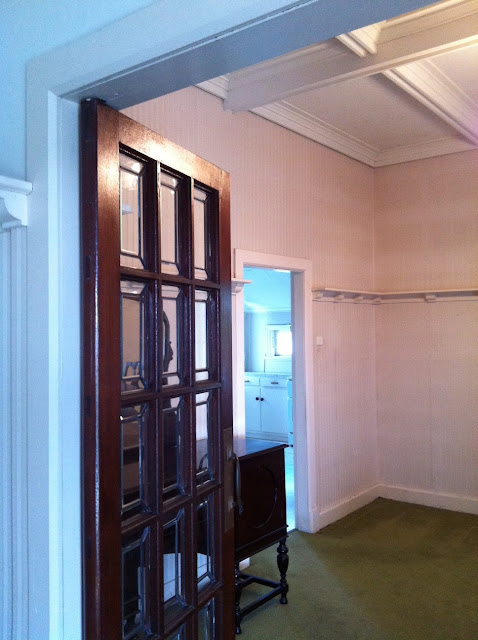 I took a photograph of the bathroom because it was rather pink and its walls were adorned by floral pink wallpaper.  The ceiling was wallpapered too. ( I secretly didn't mind the 1950'ish black and pink tiling...I need more pink in my life)


I love visiting other homes which are still relatively original. This poor old home is very tired though. Let's hope someone will bring it back to its former glory.

Email ThisBlogThis!Share to TwitterShare to FacebookShare to Pinterest
Labels: Queenslanders