How to paint the top of the house? Part Two

You're a terrific lot. So many encouraging comments to help Jason's paint brush reach the highest gables. Most of your comments were very funny.

Poor Jason's still wondering how best to paint those gables. It seems he's literally painted himself into a corner in terms of outsourcing this final part. We can't imagine anyone wanting to take on such a small job like this, so that will probably be ruled out at this stage.

Mr Rooney, our travelling builder, offered us some detailed advice via email, which involved fixing a handhold onto the roof studs (something for Jason to hold on to while he paints) and a fall arrest harness. Jason would have to lower himself down from the roof onto a makeshift trestle and plank arrangement on the front window hood.

According to Mr Rooney, Jason would be able to have his three points of contact and then he could paint with his free hand. 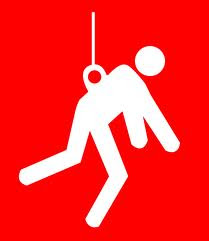 I'm not so sure about it though, but Jason's considering it.

I said to Jason:"No way! You're not Batman, y'know...It's not like using a batarang." 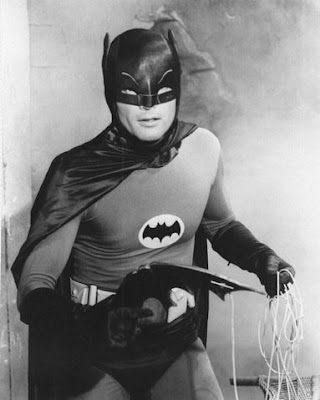 And ever since I can't get the theme song nor the climbing up the wall scenes from the camp Batman TV show out of my head.