I had very little idea  about what we would do with the windows for the kitchen.

We were originally planning to leave the old casement windows but I liked the idea of bi-fold windows opening onto a servery on the back deck.

My main concern was whether we could get windows to match the same hopscotch profile of our other windows. I didn't want another set of different profile windows in the Sow's Ear.

I also didn't want them to look too out-of -place in an old Queenslander house and I was afraid they would look kind of cheap.

Jason wasn't terribly helpful because he wasn't keen on the bi-fold window idea at all, for exactly the same reason. So he was left out of the discussions...

Anyway, the point of this post is there wasn't a lot of information about how the bi-fold windows would look on an older home and how they would work. I'm a very visual person and a more personal account would have been helpful.

So, here is the low down. We had the windows custom made and it took approximately six weeks from when we ordered them. They came in one piece (frame and all), it is made from hardwood (can't remember which type, sorry!), all the locks, hinges and handles were already integrated therefore it was just a matter of fitting the entire frame into the space. 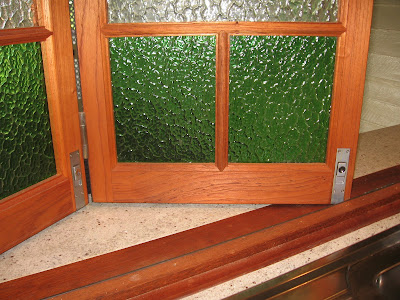 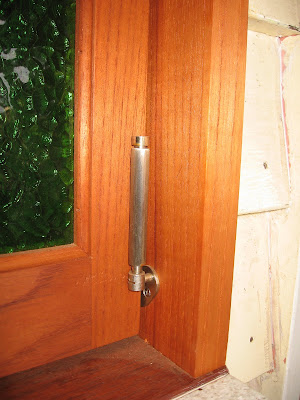 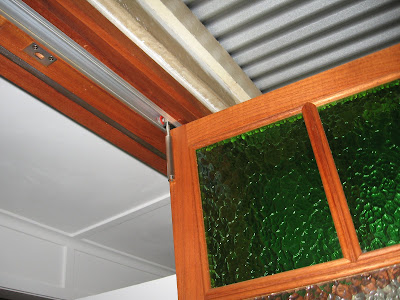 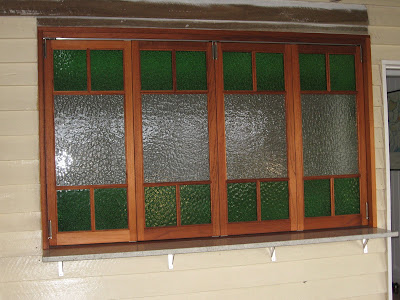 View of closed bi-fold from the back deck.
The windows also came unpainted. Jason was so over painting when it came to the window that we decided to just give it a coat of oil. The jury is still out as to whether it stays like this or gets a coat of gloss white. Any thoughts on this would be appreciated...We will also be re-painting the exterior of the house, so the cream colour weatherboards will change eventually. Not sure what yet... 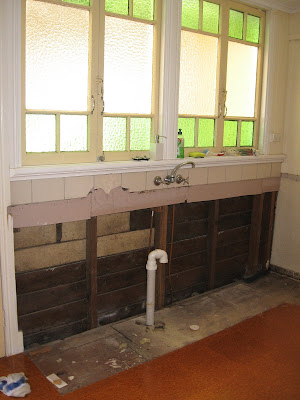 Before shot - vale to the old windows
I'm enjoying the windows particularly when we entertain - I'm still part of the hum of conversation when I am slaving away at the sink!
Email ThisBlogThis!Share to TwitterShare to FacebookShare to Pinterest
Labels: casement windows, kitchen, Queenslanders