It's our six month housiversary. And I nearly forgot.

So, six months on, how are we feeling?

Jason still loves the house and is as keen as mustard to keep doing the renovations in his spare time.

The kids - they're just going along for the ride. Let's hope there's no irreparable damage.

Me, I'm a tiny bit happier about this place. It helps to have a fully functioning kitchen...but it's still not the retrolicious Brady Bunch house of my dreams...my rancho relaxos are getting me through it though and this blog has been good cheap therapy. 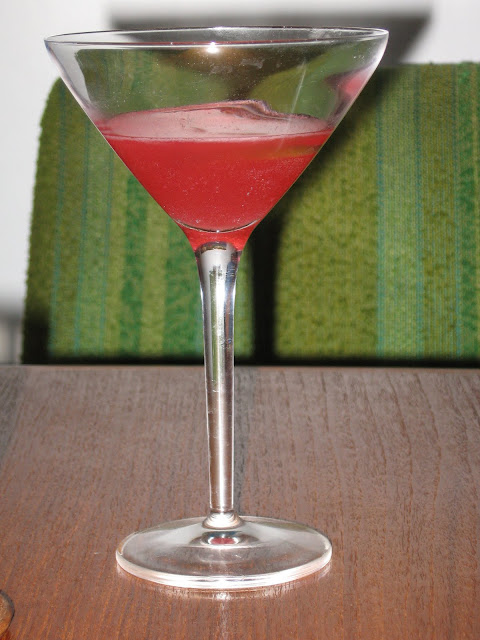 My rancho relaxo
And what's changed?
We've sanded and re-oiled the back deck during the wettest weather Brisbane had seen in years.

We replaced a portion of the deck roof which leaked into the kitchen ( I don't think I ever mentioned that as all that was pre-blog).

We repaired and re-painted the front entry.

A new kitchen was installed and we repainted the entire kitchen.

It doesn’t sound a lot when I write it down...but throw three kids, a stolen car and no extra cash into the renovations, then we are doing okay.

We've been pretty haphazard with how we've been doing renovations to this house; following whims more so than an actual plan.

As the year's end draws closer, we are going to have a plan. Yeah, like a strategy. Military in precision type plan (I knew that useless business degree would come in handy one day).

Here are the five major areas I'd like to focus on:

1. Fixing the front yard. There's an awful lot of clearing to be done, and my efforts the other day only just scraped the surface. I'd really like to get a garden happening to take advantage of the summer rains. I'm thinking about planting agapanthus, agaves and dracaenas...low maintenance and relatively drought resistant.

2. Making those built-in cupboards in the boys' bedrooms more useful. They just have hanging space - a few shelves would make life easier (can't get my head around hanging every item of clothing that they own). And doing something with those louvre doors...

3. Painting the lounge room, so that at least the main living/thoroughfare areas are done.

4. Fixing the spare room downstairs which serves as utility/storage room. I'd like to get it into some kind of order so it can double up as a guest room (no photos yet - it's that bad!)

There you have it. A short list which is immensely achievable. They are all relatively low cost things too. I wonder how we will fare?

As I lift up my rancho relaxo, cheers to the next six months!
Email ThisBlogThis!Share to TwitterShare to FacebookShare to Pinterest
Labels: renovation