Every house we have owned has had a dodgy little room under the house. The Sow's Ear has one too.


For some reason, Jason has always called these rooms the gimp room (he likes Tarantino films). And the name has stuck, even if the room is not as decrepit as our very first gimp room. You see, our standards get higher with each move... 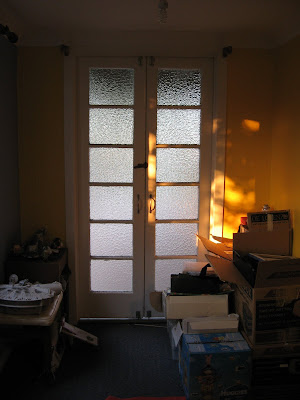 The gimp room
I never venture down into that room, so it is a sty - with a spare bed, our camping stuff, toys (Jason's and the boy's) and general stuff that doesn't have a home upstairs. It's basically a disorganised storage room and the door is always locked shut.
It's painted yellow and blue which would have been fun, gay and cheerful in the early 1990s - it just looks tragic in 2009. It also has blue spongy carpet. Ooh...and another light fitting that will find its way to light heaven. 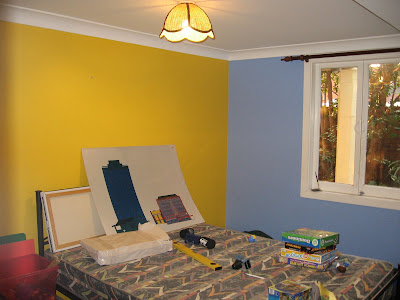 The blue and yellow walls
It's got great potential to be a separate guest room. There are nice French doors which lead out to under the deck and there is spare toilet right next door. It will also need some sort of window covering to give, whoever is game to sleep there, privacy. 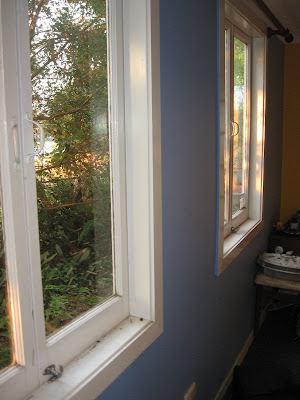 The bare windows
The gimp room is on the list of projects in the next six months. It will mean I have to sort through all that crap down there rather than ignore it!
Email ThisBlogThis!Share to TwitterShare to FacebookShare to Pinterest
Labels: before