The blog giveaway phenomenon baffled me at first - comment on a blog post and win a prize. Then I read about the bountiful year that 2009 was for Mise at Pretty Far West. Four prizes in one year! A lucrative business this blogging.

I've entered some giveaways since I began blogging regularly last August, with very little success. There was much disappointment when I didn't win a Little Bert chair from a mod blog I follow or the Florence Broadhurst book Jane offered on My Pear Tree House (I believe Mise won, choosing the other book on offer). But that was in 2009.

The year 2010, however, has been a prosperous one and it is only just the beginning. I am the winner of two giveaways - the first of which arrived on my doorstep on Friday afternoon. 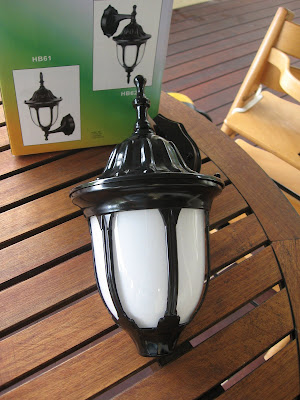 Lantern giveaway which arrived last week
The very lovely Edwina from Masie and More had a free light from Buyster Lighting to give away to one of her readers. It is now in my possession.

I am thrilled to bits because I love free stuff, as my regular readers know well. The lantern is perfectly in keeping with the Queenslander house style too. Thank you very much Edwina!

We already have an outside lantern. Unfortunately, it is worn and cracked. It still works, so it wasn't high on the priority list for replacement. With our newly acquired light, lantern replacement has jumped up onto the list. 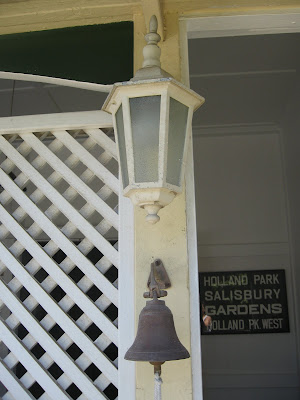 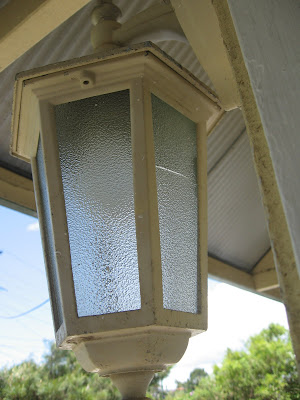 See one of the cracks in the glass
Email ThisBlogThis!Share to TwitterShare to FacebookShare to Pinterest
Labels: lighting