While he was sleeping 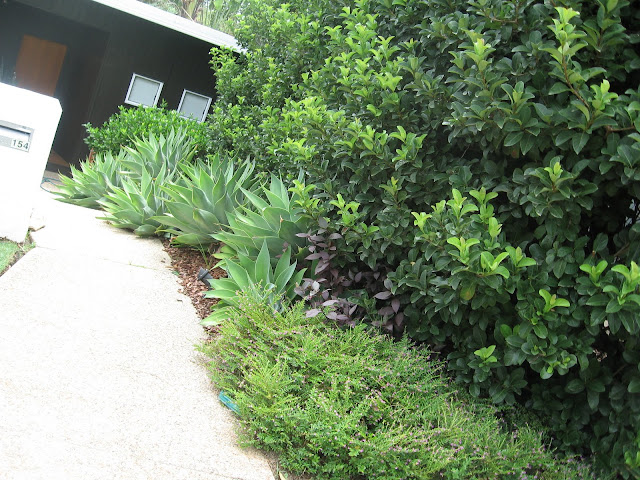 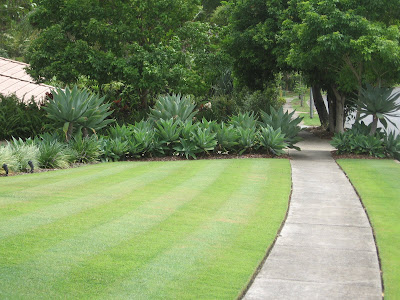 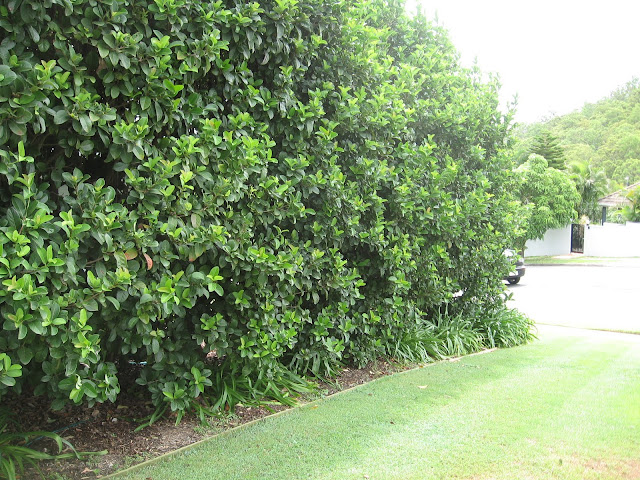 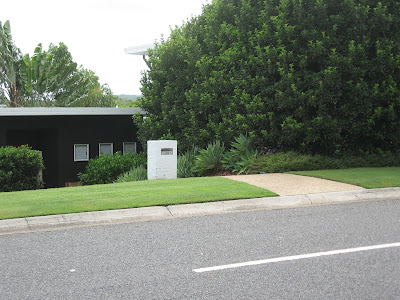 I hit the motherload of free plants. I'm talking the motherload.
Mum and I paid a visit to my brother's place while he was still asleep. There were so many agaves growing wildly. I was only limited by the space in my car and the fact I was ill-prepared for plant pinching. Next time, and yes, there will be a next time, I will bring my loppers to cut through the thick stalks of the monster agaves.
The best bit of all is that he won't even notice that they are gone and he still got a sleep in. Thankfully, I had our mother's tacit approval. She gets first dibs though.
And if you are wondering what the pictures are above, they are definitely not of my bother's place. His place is the complete antithesis of the above images.
I drive past this place often (it is owned by a local architect who also runs his business from the premises) and covet their lawn and landscaping design. It is so simple but highly effective - large agaves borders, agapanthus, cupheas, gardenias and healthy lush hedge. Does anyone know what the hedging plants are in the third image?
I would love to have a garden similar for our place. One day, maybe. 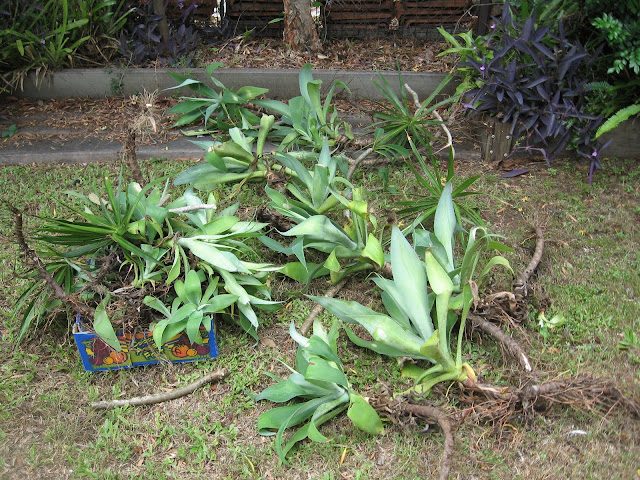