That is was the question. 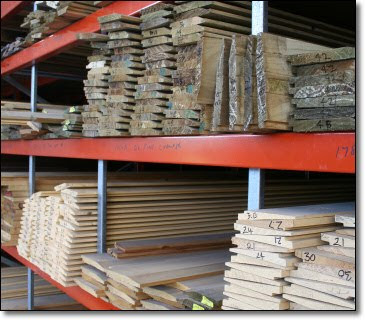 image from here
There was much debate about what we should use to line the walls, beneath the new casement windows in our bedroom.
This bay window area has asbestos fibro sheeting rather than the original VJ (vertical join) walls, which is throughout the house. The bay window was a later addition in the 1950s or 1960s.  We also have fibro sheeting on the enclosed sunroom/verandah.

Ah yes...the ubiquity of asbestolux...
We tossed about our options:
1. Leave the fibro, as it is.
It's been there for nearly 50 years. Perhaps there is merit to just let it be, as it forms part of the history of this Queenslander. It is also in very good condition with no cracks. 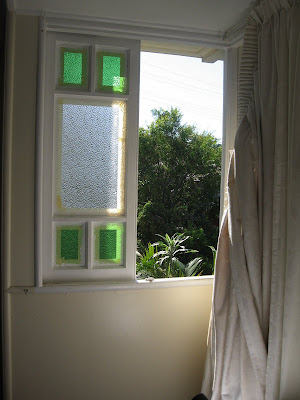 Fibro wall under the casement windows
2. Disguise it - leave the fibro, but nail ready-made MDF VJ panel board over the top.
The cheat's way of getting the right look without the extra effort...A few panels of "eazy-vj" and, hopefully, Bob's your uncle.

This would be completely in keeping with the traditional way the house was built, but with the added hassle/cost of asbestos removal and disposal. 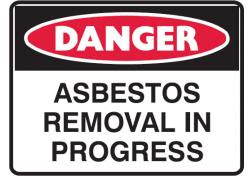 So, we made a considered decision given our personal circumstances...to be revealed in a later post.

What would you do if it were you?
Email ThisBlogThis!Share to TwitterShare to FacebookShare to Pinterest
Labels: bedrooms, casement windows, renovation, vj