I had planned to blog about the mini bathroom makeover tonight and realised that the only photograph I had was a purely exploitative one of shirtless Jason painting the bathroom... 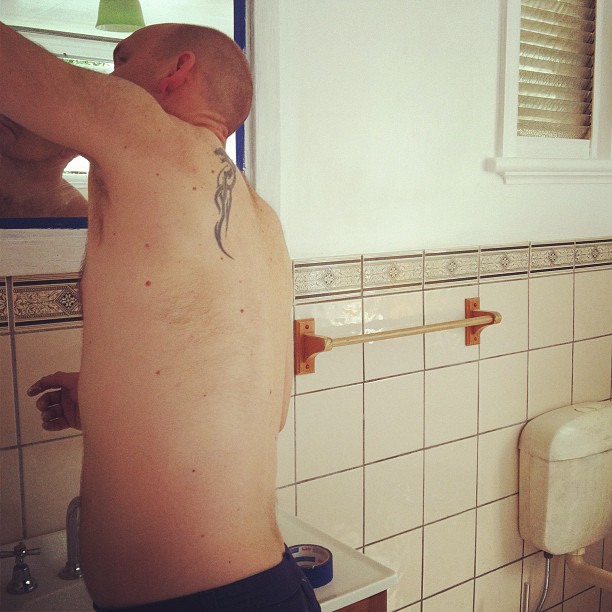 Actually, if you disregard the svelte pasty white man-flesh, you can see how dodgy our toilet cistern and bathroom fittings are...they need to be tossed out. The cistern is made of brittle plastic which has deteriorated very badly. We've been trying to ignore it for the past few years but with the new white walls it sticks out like the proverbial!

Someone suggested we paint the cream tiles white too, which is a really great idea. We may end up doing that, just to freshen it up even more. It's all about low cost projects at the moment at the Sow's Ear.

The white walls, architraves and ceiling have made a world of difference. I'll take some shots tomorrow to show you.
Email ThisBlogThis!Share to TwitterShare to FacebookShare to Pinterest
Labels: bathroom