A load of sand to fill up the sandpit was delivered today. I had been meaning to organise it ages ago because the sandpit was pathetically low and a tad weedy. It really needed some fresh white sand.

The sandpit is next to the cubby house which was unexpectedly here when we moved in seven months ago.  It was one of the exclusions on the house contract.

It's like a miniature of the Sow's Ear. The previous owner had made it with his sons from remnants of other houses they had owned. Very sentimental, isn't it? 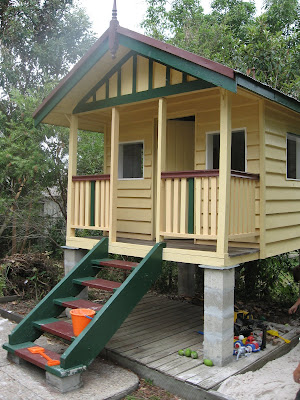 Queenslander cubby house on concrete stumps
But it was too hard to move so they left it behind. Now we have two houses.

Anyway back to the sand, we only have one wheelbarrow and one shovel. But we did have an extra pair of hands because Number 1 son had a school friend over for a play date.

Three little slaves with buckets and a big slave with a wheel barrow. Yes! 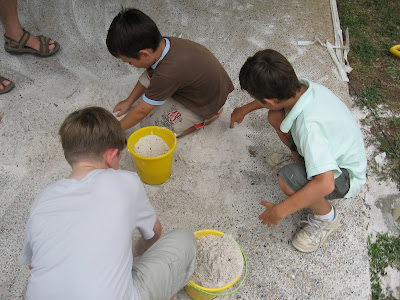 clockwise from top: Number 2 son, Number 1 son and the "son for hire" 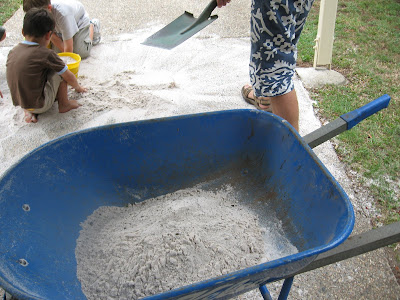 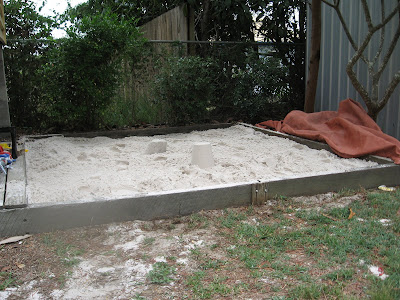 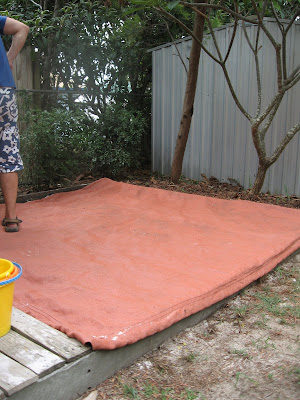 Son for hire's Dad made us the sandpit cover.
Heavy duty shade sail cloth with chain sewn around the edges to give it weight.
They did a good job.
Email ThisBlogThis!Share to TwitterShare to FacebookShare to Pinterest
Labels: exterior, garden