I swear I will never mock fashion models ever again... I had some new profile photographs taken and it's frickin' hard to pose seriously without looking like a complete dill. Who'd have thought it was hard work?

From about 100 head shots, the number was whittled down to about half a dozen usable shots. There was a severe edit.

The reason for the shots was to update my social media profile as it has been almost three years since Fun and VJs began. I posed the question back in April about whether to replace my avatar and most of you said that I should have a better profile photograph. So I did what I was told and organised some retro-inspired shots. 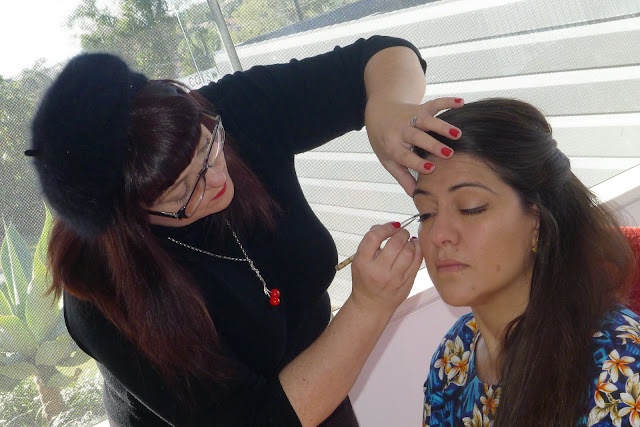 I enlisted the help of Yvette to act as my stylist. She weaved her magic, giving me big teased hair and over the top makeup. She also selected a Blue Hawaii vintage outfit to complete the look. Hilarious but very fun!

Chris from Australian Modern was the photographer. He does a lot of studio photography using old-fashioned film. He's old school but on this occasion he did some digital shots just for me.

Sadly, I am not all comfortable in front of a camera and the full frontal head shots were shockers.  Models must practise their camera face all the time. It is a skill which I don't think I will ever be able to master but by the end of the session I was getting the hang of it. Looking away from the camera worked best for me. 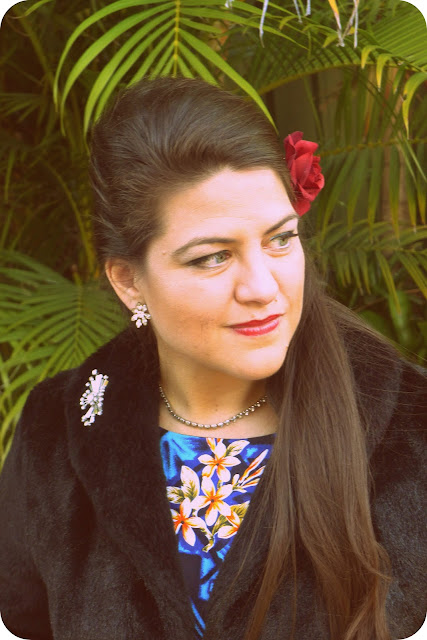 It was such fun and now you can put a face to the name. Mod. Brismod.