We had a fantastic long weekend away camping at beautiful Brunswick Heads in Northern New South Wales. It was so nice to get away from the general rigmarole of the Sow's Ear...although we still had to pitch a tent...and Jason was still wielding a hammer...

When we returned, we came back to this view from our back deck. The old house at the back of the Sow's Ear which had burnt down in May (read here) is finally being demolished. We received a letter in the mail telling us that the house was being demolished and removed this week. So sad. 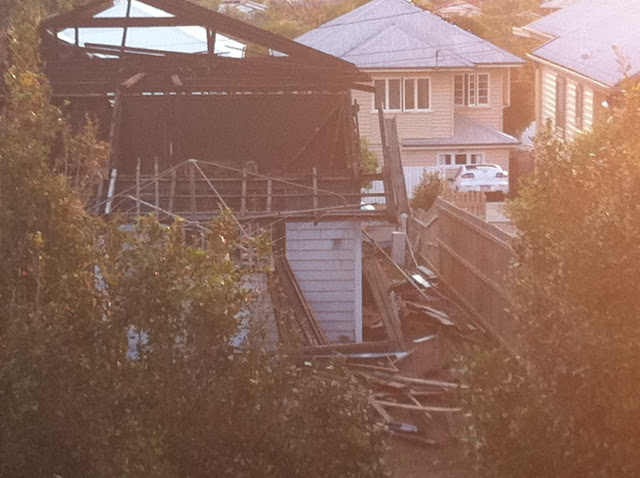 In the letter it contained an image of the house as it was originally. It looks like a war service home - they were built for returned soldiers after World War 2...but I could be wrong. If only the image was bigger, you'd be able to clearly see the back gable of the Sow's Ear which pre-dates this house by 20 years or so. 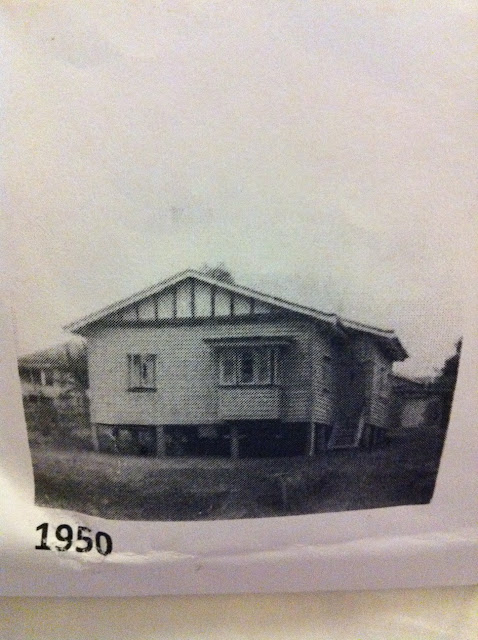 So, I wonder what will be built in its place? A prize to the person who guesses correctly...you'll just have to wait a while to find out who is the winner.