Not so nostalgic visit

The very first home that Jason and I bought together is back on the market. We lived there from 1998 to 2002. It was a two bedroom 1950s post war house  - a former housing commission home.

A very neat and tidy starter home for a young couple in the suburbs. 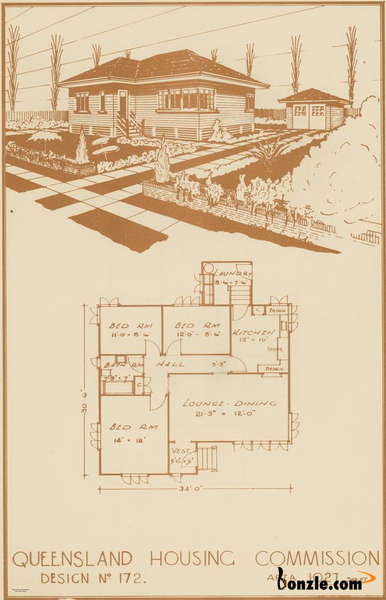 this image has a very similar floor plan and exterior to our first home
We thought it would be fun to go to the open house inspection. You know, show the kids and remember fondly our first foray into home ownership.

The house had been rented out. And clearly the tenants were not house-proud and nor was the landlord, it would seem.  The fly screen doors were shredded, the polished floors were trashed, there were holes in cupboard doors, the kitchen lino was torn, the decks had been neglected. Ghettolicious.

Not one bit of maintenance. No one gave a flying f*ck in eight years. It is really sad.

I had brought my camera, but I didn't have the heart to take photographs. The old house didn't deserve to be humiliated any further.

It used to be a nice home and could be again with the right person. I hope someone will buy it and give it some love.
Email ThisBlogThis!Share to TwitterShare to FacebookShare to Pinterest
Labels: Queenslanders