Mr Rooney, a respected builder, paid us a visit yesterday. We are planning on sprucing up the exterior of the house. You know, repair and replace stairs, add window hoods, remove wood rot and replace windows. All in preparation for exterior house painting.


Anyhow, it was a very interesting conversation and if all goes to plan we will have a schmick looking house before too long.


Mr Rooney's visit also reminded me that I had always meant to go to Brisbane City Council's Archives to find out when the house was built. It's my feeble attempt to ensure that whatever external changes we make are not too out of kilter with the original era of the house. 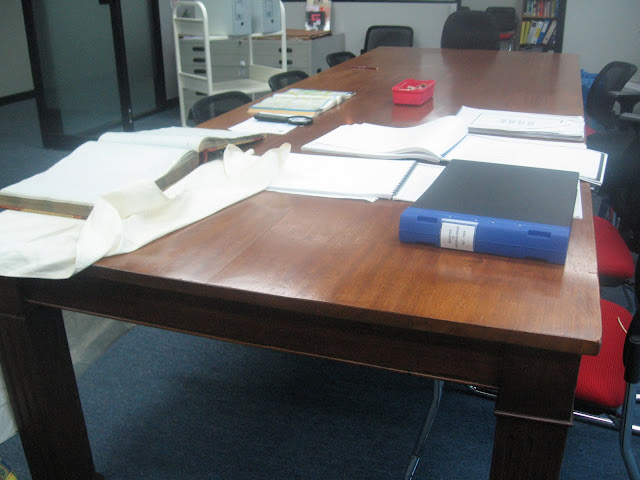 To Council Archives, I went; with an historical property title in hand.


My title search, which was done earlier this year, told me the land was purchased in November 1927, but there are no details about when a dwelling may have been built. 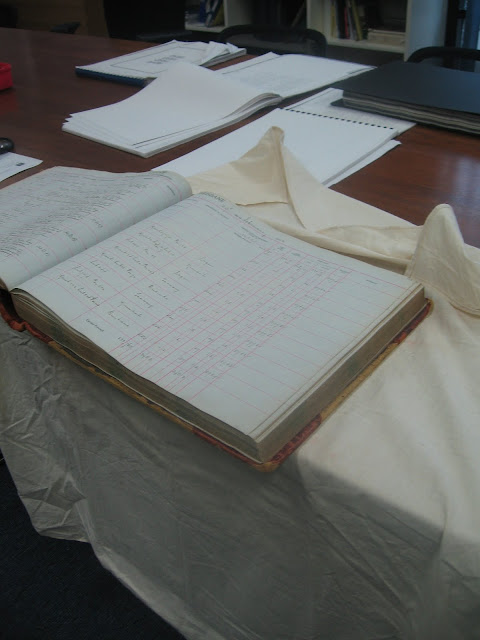 Council archives has the original Register of New Building records which gives you an approximate date of a building approval.  For the Sow's Ear, February 1928 is the date recorded in the book, so one can assume the house was built over the following 12 months. 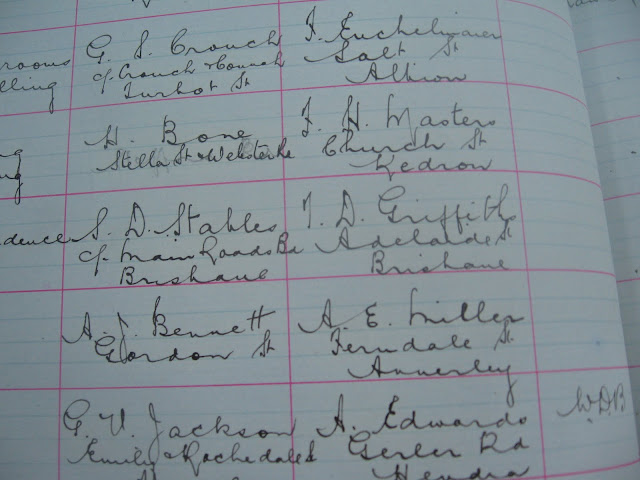 The records also told me that one of the original owners, Stanley Stables (he owned it with sisters Zoila and Florence), worked for Queensland Main Roads Department; the builder was T.D Griffiths in Adelaide Street, Brisbane; and that the house cost 550 pounds to build. 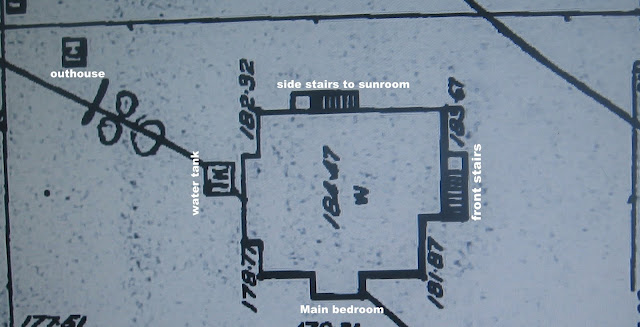 I was able to view, on microfiche, Council plans from 1956 which included an outline of the existing house on the property.


It told me that in 1956, the house was not yet sewered as the outhouse was in the backyard and that there were no back steps (The back deck may have been added after Stanley's death in 1988 by the next owners). There was also a water tank in use in the 50s.


Some of the modifications made to the house, such as the bay window in our bedroom and the verandah being enclosed, predate 1956.


Hmmm... it's all Stanley's fault for doing some of the "improvements". And it all forms the wonderful history of the house.


The staff at Brisbane City Archives could not have been any friendlier or helpful. If you are located in Brisbane and felt inclined to do any sort of house research, I would highly recommend you give them a phone call to see if they can assist.
Email ThisBlogThis!Share to TwitterShare to FacebookShare to Pinterest
Labels: History, Queenslanders