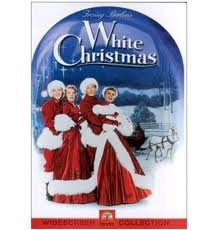 My blood was boiling this morning when I read an email, forwarded by an in-law, that I normally would've deleted. But stupid me read it. What was I thinking?

The title was "Being proud to be White".

It is utter shite that doesn't deserve to be repeated; no doubt originally created to propagate racial hatred. And forwarded by simpletons who have little understanding of the intent of such an email.

You probably know the type of email I'm talking about and if you don't, consider yourself lucky.

The in-law who sent it is disappointingly ignorant. Clearly. Because you wouldn't send such a thing to someone who has my ethnic background; an eclectic melange of the world!

I wrote a reply and thankfully I didn't send it because it was written in anger.

I've gotten over the anger. There is no point wasting energy over it. And if I take a cold hard look at myself, I am not without my own prejudices...although white supremacist, I am not!!

Jason told me to block the sender's emails in future. There is no easy way of telling someone close they are a racist and that they should know better...unless they read this blog...
Email ThisBlogThis!Share to TwitterShare to FacebookShare to Pinterest
Labels: Life