The Sow's Ear in print 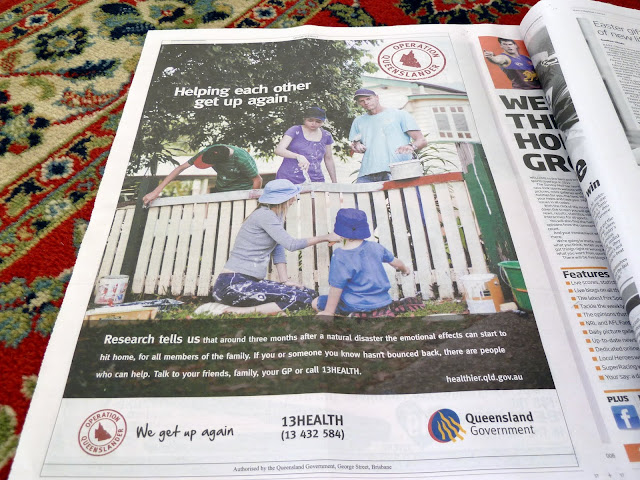 As promised, here is the print ad in which the Sow's Ear was the back drop. It was featured in today's Sunday Mail.

It was a really interesting day when they came out to shoot. I tried to stay out of the way as much as possible which was difficult since I am such a sticky beak.

The producers of the ad arrived first thing in the morning. They set up under one of our carports and had access to our downstairs toilet and laundry sink for the talent and crew to use while they were here.

It was a very painless process for us and we really would not have known they had set up camp at our place for over two hours. They organised refreshments from a local coffee shop which is literally a two minute walk from our place.

Lizzie the Director was the liaison person on the day. She was fabulous. I think I thought that because she told me her cat shared the same name as Son #3. Same middle name too.

After the shoot, I signed all the relevant paper work and found out the producers were mad keen Art Deco collectors. Don't you just love meeting interesting people who collect things?

So there you have it. We finally got an ad. Thanks Qld Film Locations! It was really fun.

I like that the Sow's Ear has been captured in print and that we have something tangible to pop into our house history file.