Jason doesn't like to waste a minute when it comes to painting bare timber. He was on to the fence painting gig as soon as possible.
He spent most of Saturday undercoating the new fence so lovingly. While he was out the front he said that someone stopped to ask for the details of our fence builder, Mr D.  That was the third enquiry we've had about Mr D's availability. The Sow's Ear is getting a lot of admiring glances from passers-by, now the fence is so close to completion. 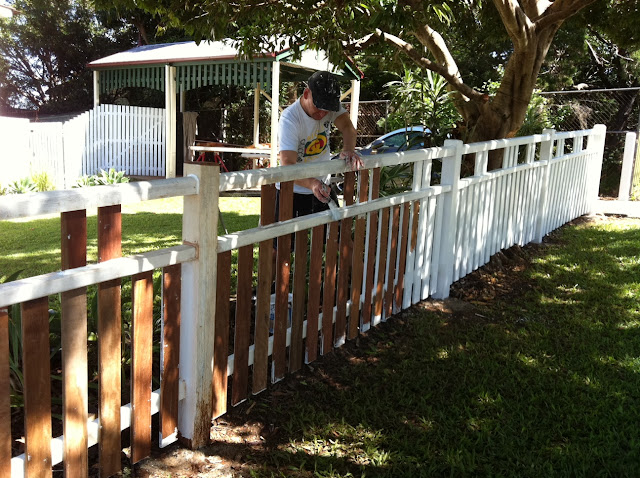 By Sunday morning all of the undercoating was done. The man is a machine. I need to invent a way to bottle all that motivation Jason's got...I'd be rich! 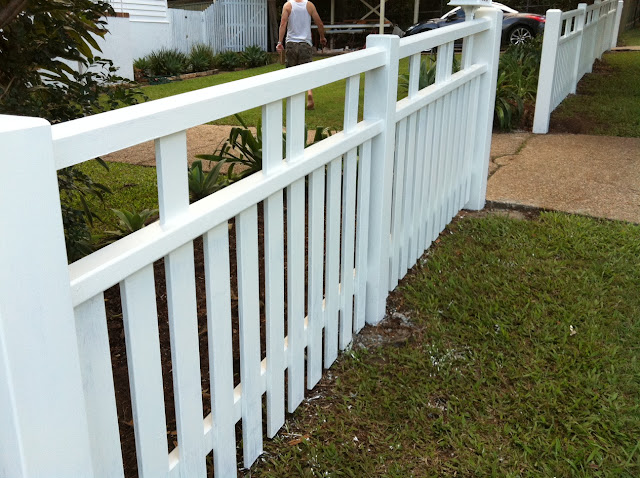 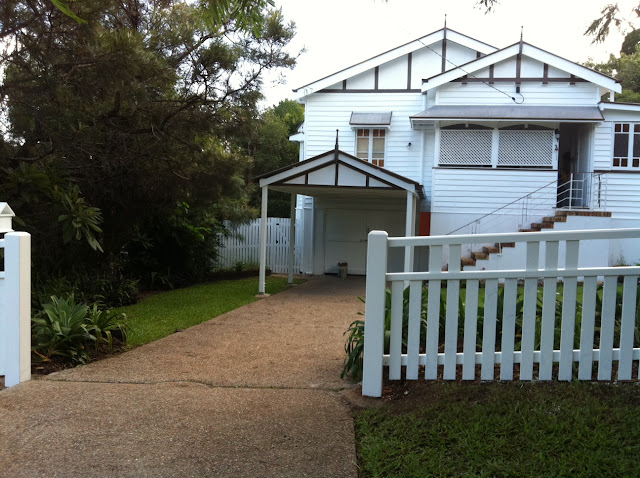 I also went on a reconnaissance for a new mailbox...but the only ones I like are too expensive and I can't get my head around paying that much for a letterbox. At least not at the moment. I have to be feeling reckless and carefree.

We are just going to recycle the old one for now as it is perfectly adequate. Jason's given it a coat of white paint. It's just a little timber box shaped like a house. You can just see a glimpse of it on the left of the image above.